skip to main | skip to sidebar

Well, it’s almost the end of the year, and I’ve managed to update twice so far.

It’s been a busy year. My Saskatchewan trip with Girl Guides took up the beginning of the year, and then I had to wrap it up. By the time that was done, we were starting the plans for our next trip, Yellowknife in March, 2021. We have 3 leaders and 11 girls going, and we need 4 more girls. And trip approval, which is taking forever.

I also went to a bunch of provincial parks, spent something like 17 nights camping, had the sewer pipe to the house replaced, made a sofa table,  and made a quilt for Wanda’s birthday. 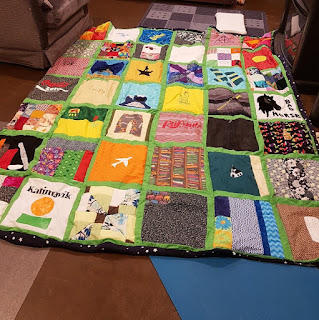 And I’ve started taking a sword and shield class, which I enjoy when I’m there but feels like it takes too much time when I’m not.

Hopefully next year brings a little more downtime, and a little more balance.
Posted by Colette at 7:19 PM No comments: Links to this post

It’s been a busy summer!

Back in June, I bought a Cricut machine. It cuts vinyl and fabric. (Other stuff, too, but I’ve only tried vinyl and fabric.) I’ve made a bunch of t-shirts since I got it, including my new favourite camp shirt (“unapologetically bossy”).

I also used it to cut hexagons for some quilts for a friend who is having twins. 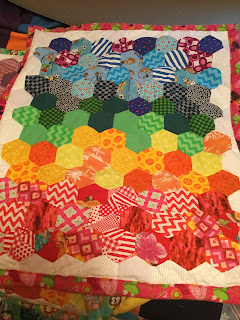 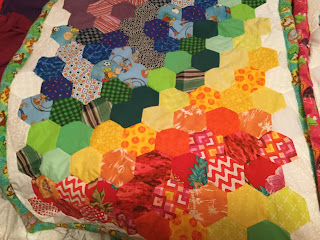 At the beginning of June, my Girl Guid travel group went to Saskatchewan. We’d done a lot of fundraising - 288 cartons of cookies, 23 Girl Guide escape rooms, and 3 public escape rooms - and it was definitely worth it, even though we had a few mishaps. We start planning the next trip in September.

Mom came down for a week, so I got to spend time with her.

And last weekend, I started making a sofa table. 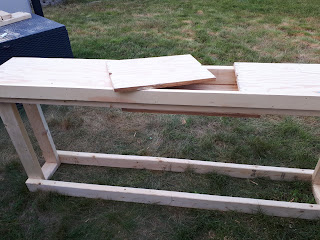 Posted by Colette at 7:46 PM No comments: Links to this post

Back around New Year’s, I planned to write a summary of 2018. That obviously didn’t happen; between work and escape room fundraisers and fighting with my snow removal company (don’t go with Metro Snow and Ice), the last two months have flown by.

And that means it’s time to wish my niece a happy birthday. (I sent her a text this morning that said “happy unbirthday” - she replied “unthanks”. 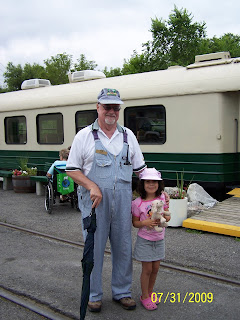 She was so excited about the train ride that we needed to take a picture with the conductor. 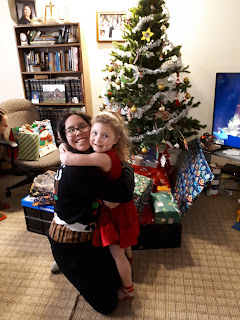 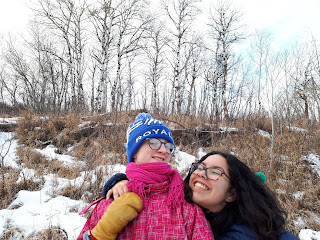 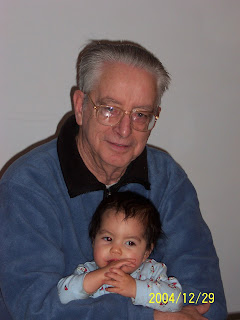 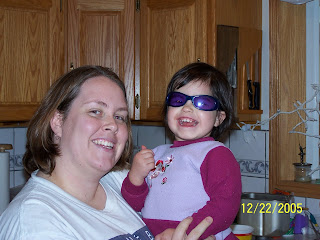 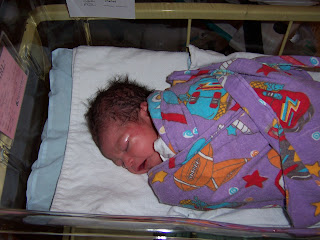 Happy birthday, Miss B! Here’s to many more.

Posted by Colette at 7:32 PM No comments: Links to this post

This year has been ridiculously busy. In part, that’s because my Pathfinders and Rangers are going in an independent trip next summer, which means lots of fundraising - cookies sales, craft sales, Girls nights, and many, many Escape rooms.

We’re in something of a lull now, and I spent this past weekend doing ... not much. I read a couple of books and relaxed. (I did not send out my Christmas cards, which clearly needs to be done.)

Next week we have one more cookie selling day, one more escape room, and then we are doing a girls’ craft and game night on the 28th, so things will be busier next week. But for now, I’m just enjoying the down time.
Posted by Colette at 6:21 AM No comments: Links to this post

About a month ago, Ottawa was hit by a tornado. (Well, 3 tornados.) Here is my story.

I was still at work on Friday when I got the tornado warning alert. I wasn’t worried, but I did walk down the street instead of down the bike path that is more open and goes under the big hydro towers. (For people outside of Ontario, hydro = power, not water.)

I got home and Wanda decided to make pancakes. She was cooking when the power went out. She put the batter in the fridge and we waited for it to come back in. About 10 minutes later, the wind really picked up, and I said “we are going downstairs NOW!”

We hung out downstairs until it had been calm for a while, and then came back upstairs and decided to bbq the pancakes. (I have a camp stove, but at this point we thought the power would be back any minute, so we didn’t even think of pulling it out.)

Wanda went out to the bbq and started cooking, and I went outside to talk to her.

Now, to back up a minute, I usually keep the garbage can right outside the back door. The bbq is just past it, and as I was talking to Wanda, I noticed that the garbage can had been knocked over, so I went to put it back up.

That’s when I saw the skunk.

The skunk also saw me, and he started to spray - luckily in the garbage can.

That’s when the rain started, so we raced into the house, leaving the skunk outside.

We finished the pancakes in the fireplace.

Saturday morning, the power was still out and the skunk was still in the garbage can. I had been under the impression that it was a small power outages but ... that was not the case. The power was out from Kanata to close to downtown. That’s about a 40 minute drive when the traffic lights were working.

We got rid of the skunk (he did not enjoy us putting the lid on the garbage can and wheeling him towards the bushes) and set up the camp stove. My cousin came over with a generator so we could charge our devices, and we played games by lantern light and then went over to a friend’s for s’mores and hot dogs.

On Sunday, we made it to a grocery store, which looked like a zombie apocalypse had been through. When we got home, we cleaned out the freezer and put everything into coolers.

And then we went for a walk. Many of the pictures below are about 3 blocks from my house. 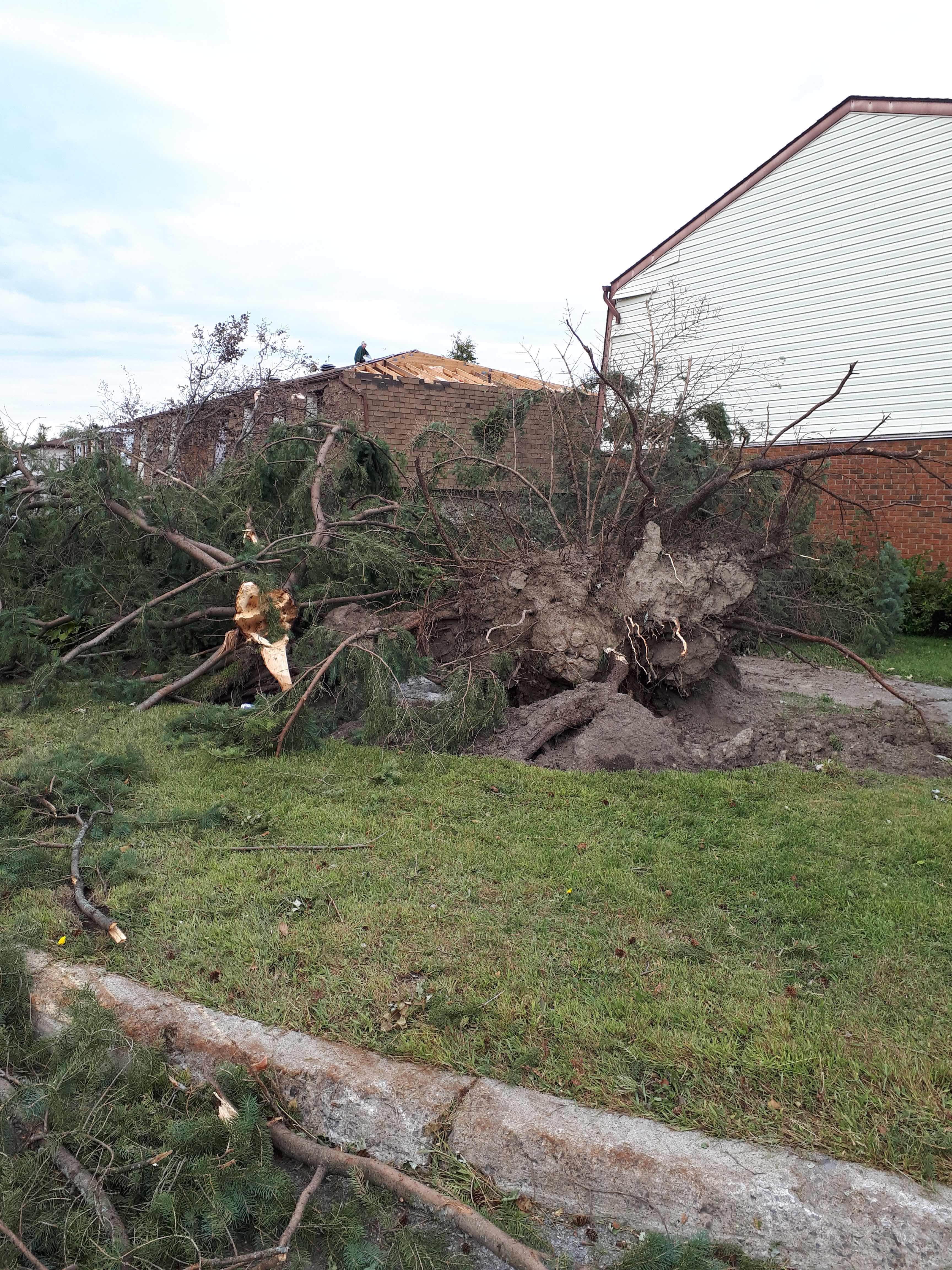 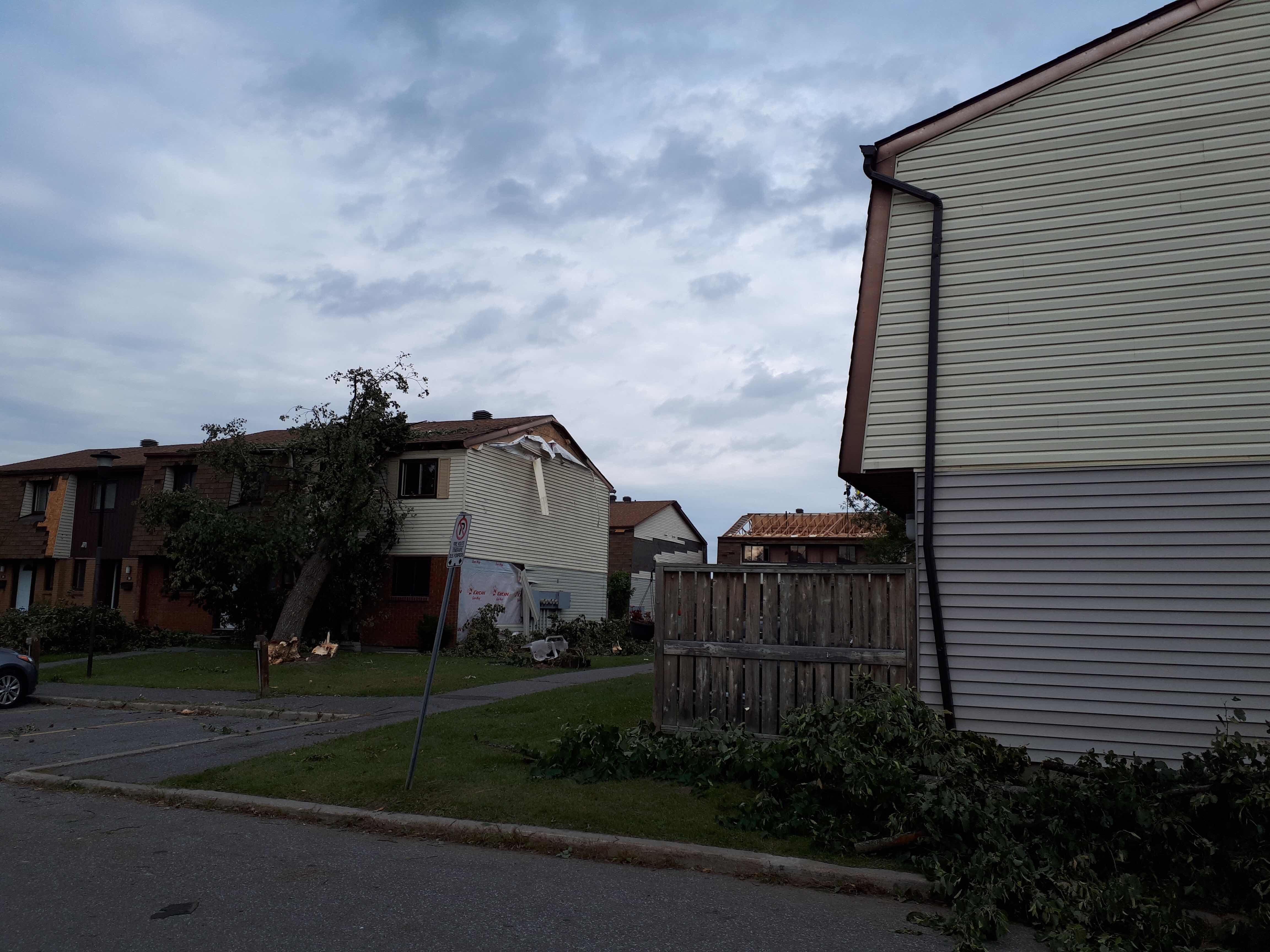 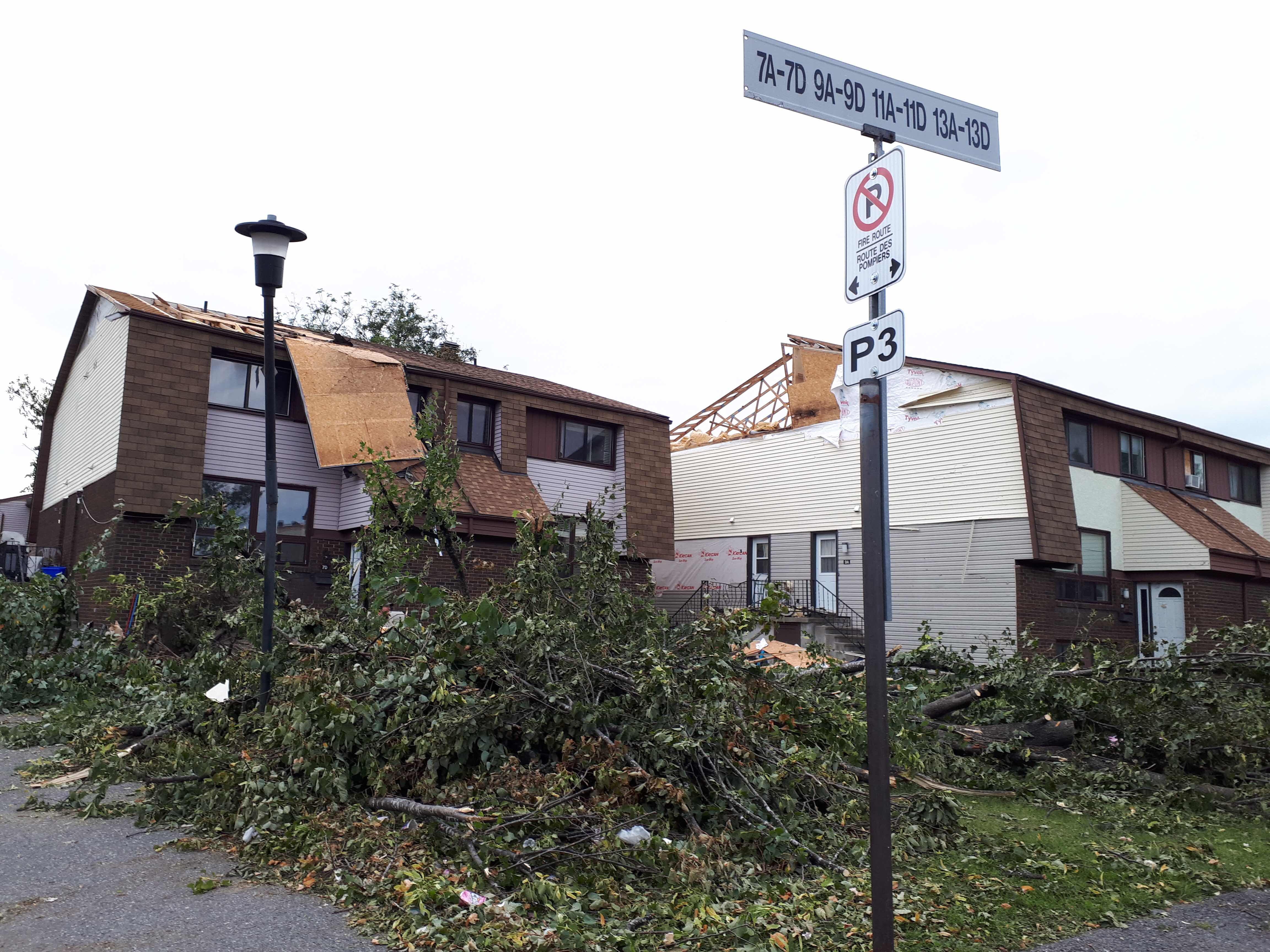 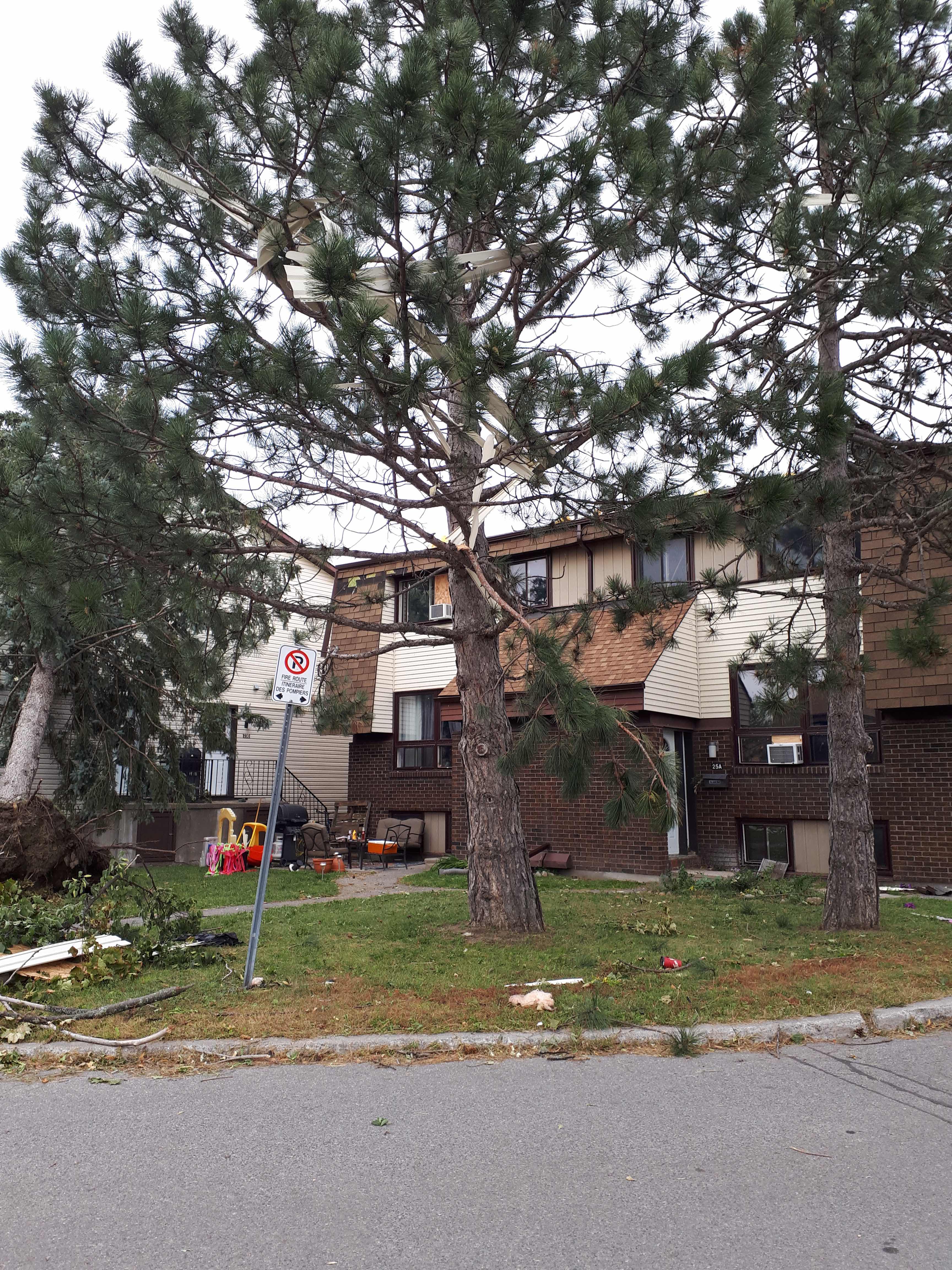 We were without power from Friday around 6 pm to Monday at 4:45 am. I spent Monday cooking the meat that had thawed.

I lost some shingles from the porch roof (and spent Thanksgiving weekend replacing it) and one branch on my tree was ripped in half. I got off pretty lightly.
Posted by Colette at 4:29 PM 1 comment: Links to this post

What’s new with me

So life is really busy.

My Pathfinder group (12-15 year olds) became a pathfinder and ranger group (12-18 year olds), and we decided we’re going to do a trip to Saskatchewan next summer. I am finally starting to see over the mound of paperwork that comes with that.

We are doing a lot of fundraisers, and if you’re in Ottawa and you’d like to support us, you can see them here: https://96thnepeanpathfinders.wordpress.com/fundraisers/

We also did a camp in April (it rained) and June (ditto). And I did a canoe training/camp on the May long weekend (also rain). Every other weekend has been beautiful, though.
I built a stand for my barbecue: 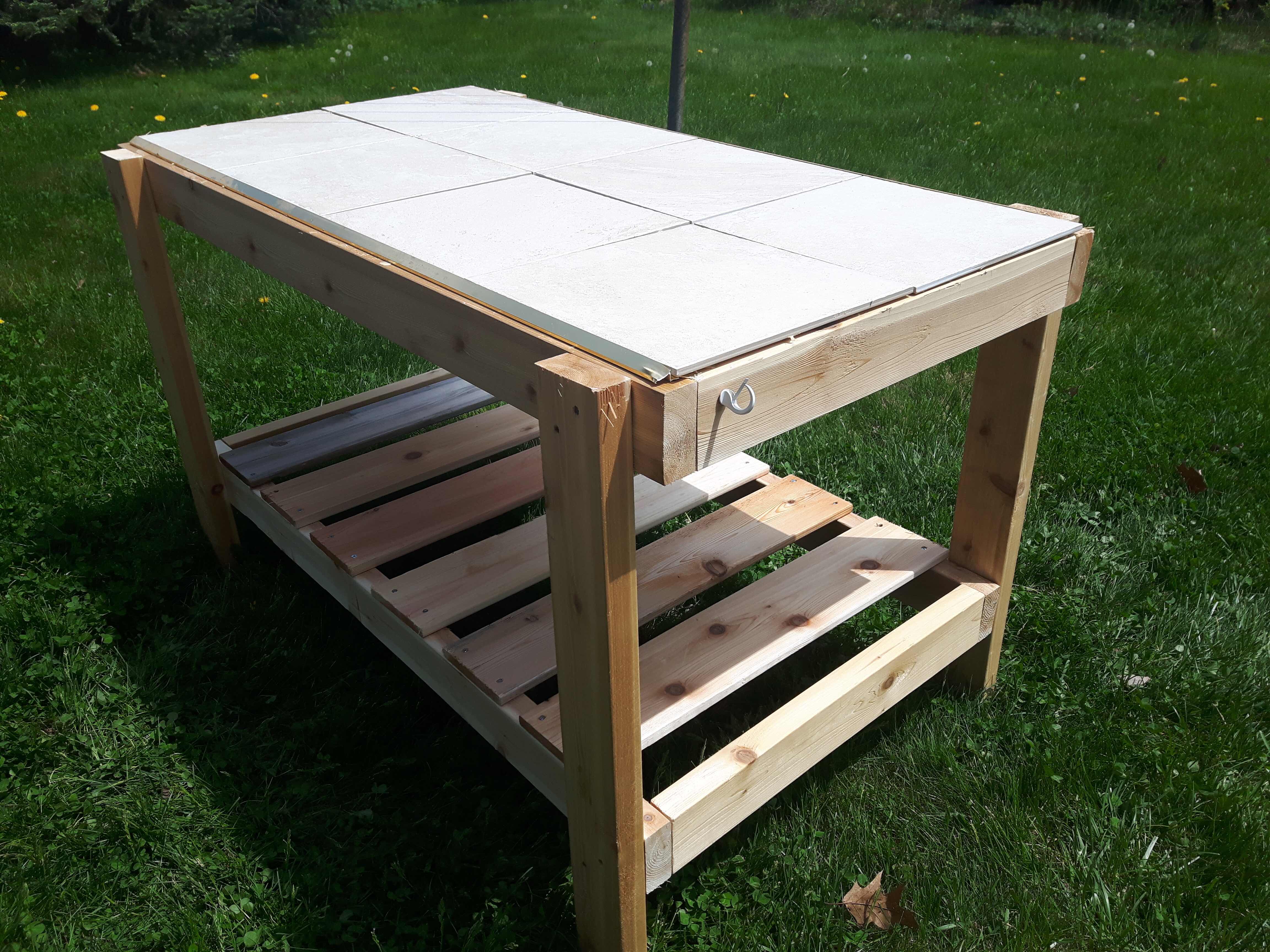 I also made some quilts for door prizes at our upcoming fundraisers: 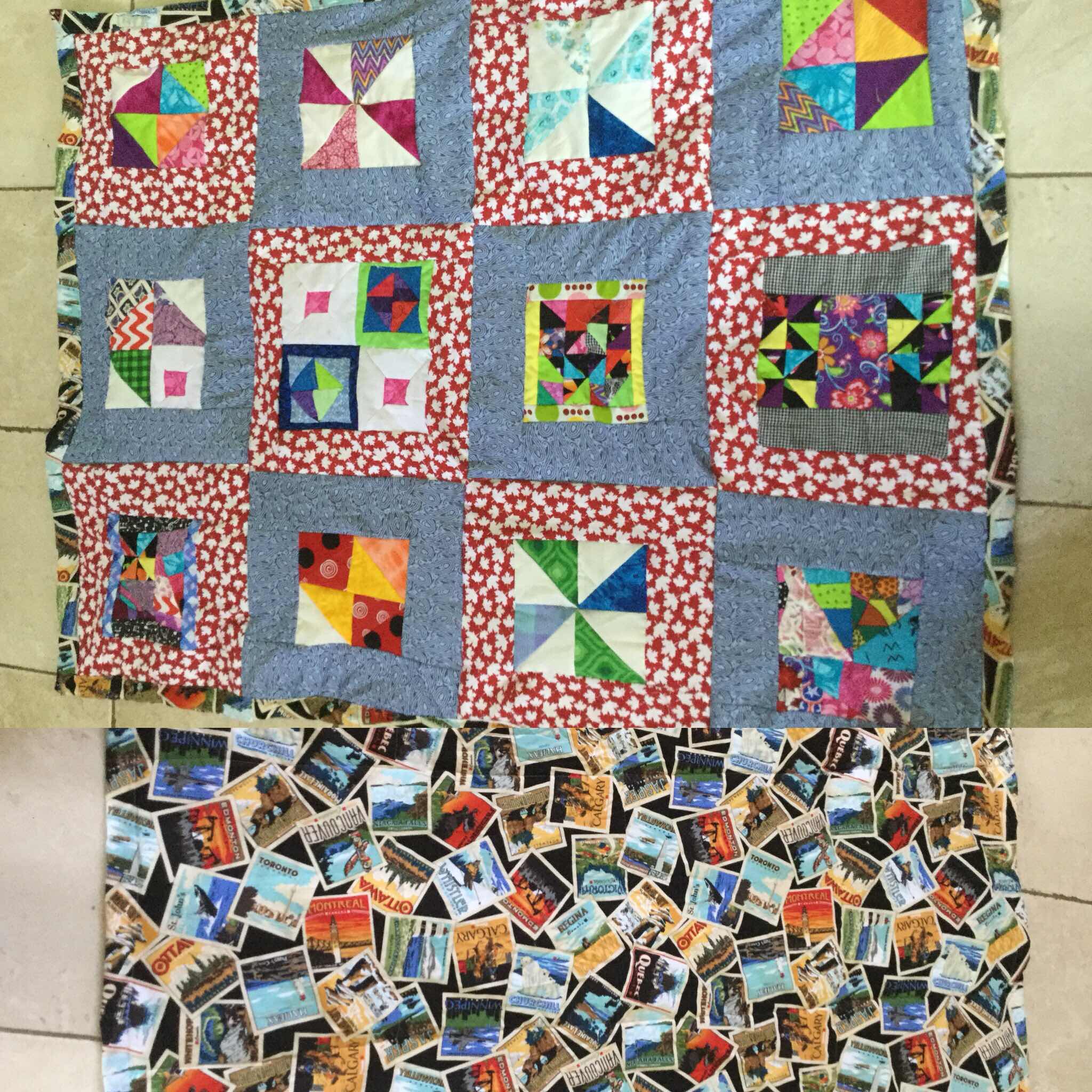 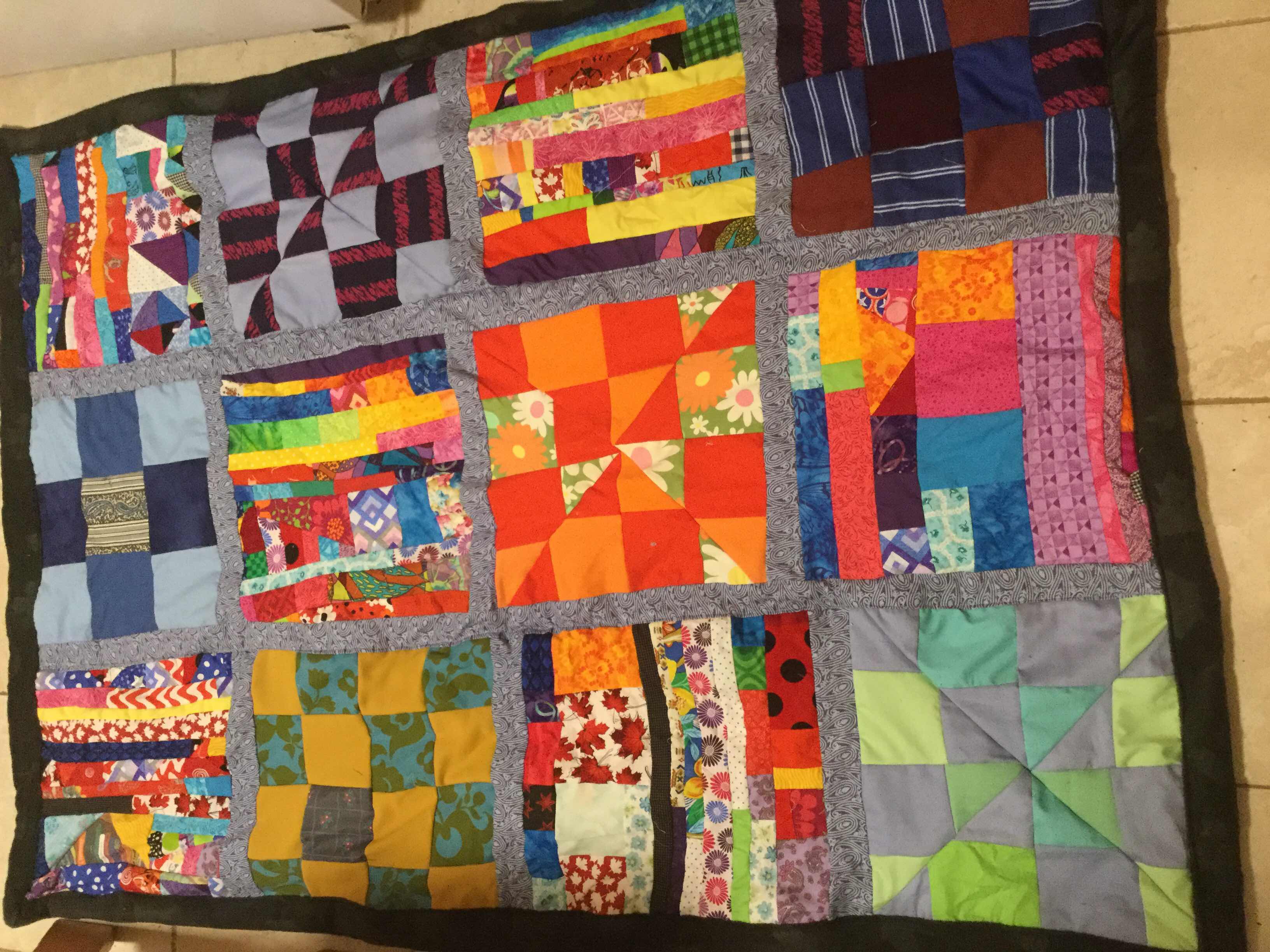 And I started taking French lessons.

I have 2 more weeks of French for this session, then I’m off for the month of August, so that’s when I’m taking vacation - 1 week for when my mom and niece are here, and another week to go whale watching in Quebec. I’m really looking forward to it.

Posted by Colette at 6:39 PM No comments: Links to this post

I didn't mean to disappear. The last few months have been busy but unremarkable.

I'm still in physio for my shoulder (which I injured last summer) but am done with ankle physio. (I didn't so much graduate as just stopped going after my previous physiotherapist, Mean Dianne, took a few months off to recover from surgery.)

I made some doll clothes for a friend, and planned an escape room for Pathfinder winter camp. I'm currently working on an escape room for a Guide group to do about Lady Baden-Powell, as part of their Lady BP award. I really enjoy planning escape rooms, so I'm having fun with it.

And, like everyone else in Ottawa, I am waiting for winter to finally be done. Especially since I will be sleeping in a tent in less than 2 weeks.
Posted by Colette at 2:17 PM 3 comments: Links to this post

Colette
Ottawa, Ontario, Canada
This blog started in 2008 when I did one new thing every day. Now I write about new things I've done, as well as pretty much anything else I feel like talking about.

Other blogs I enjoy 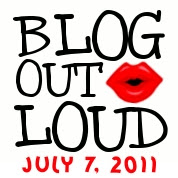 Have Time To Kill?